For the very first time, the extracurricular service of the European School has organized a ski trip. In total, 49 participants from S4 and S5 and 4 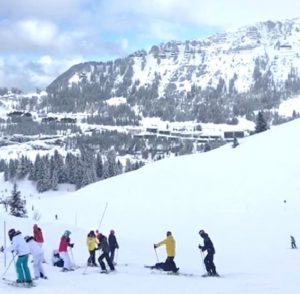 APEEE supervisors headed for the French Alps during the carnival week. Once on site, the supervision was managed by the UCPA, a well-known French association which promotes the sporting activities and which is specialized in the learning of sledging at all levels.

Part of the group had discovered skiing and / or snowboarding for the first time, while the other quickly took to the slopes of the Grand Massif. With nearly 40,000 hectares of space that includes four ski resorts including Flaine Altair, the students had a lot of fun discovering the area. Some confirmed have validated their gold stars while others have passed their first one.

Despite some rainy days, laughter, good humor and team spirit were definitely there. Generally speaking, everything went well and we are looking forward to the next edition. 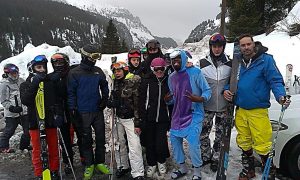 Card for the cafeteria – Reloading via PayPal